In a shocking move, the French esport organisation Team Vitality announced the end of their competition in Rainbow Six Siege. 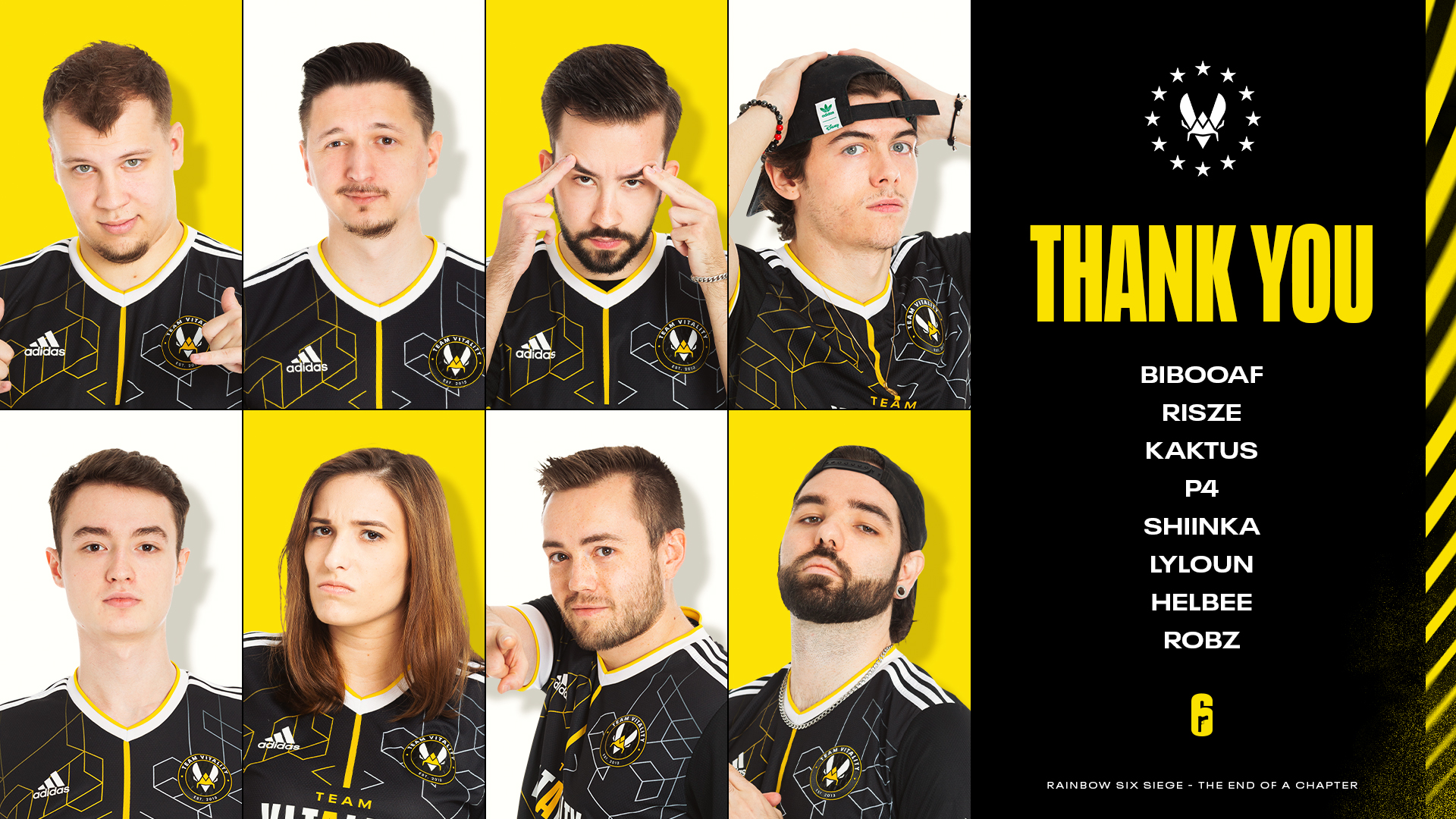 Team Vitality has been one of first major esport organisations that joined the Rainbow Six Siege esport ecosystem. They announced their first R6 roster at the end of 2015, which was composed of BiOs, FurioSG, Squall K, KRiiSKO and AnThraX. They were competing in all three Xbox Pro League seasons and were able to win the third and final Pro League season on Xbox before moving to PC, while the organisation also signed a second roster, consisting of Panix, Elemzje, ENEMY, RevaN and risze. Throughout the years, this new PC team (which later became the main and only team) went through multiple roster changes, fielding Siege legends such as Fabian "Fabian" Hällsten or Daniel "Goga" Mazorra (amongst others), before returning to a full French lineup in March 2021 - consisting of Bastien "BiBooAF" Dulac, Valentin "risze" Liradelfo, Medhi "Kaktus" Marty, Nicolas "P4" Rimbaud and Axel "Shiinka" Freisberg. The team was able to win the French League Season 3 and qualify for the Sweden Major 2021, where they were eliminated in Group Stage.
After competing in Rainbow Six Siege for over six years, the organisation now decided to leave the Siege esport scene to focus "on a selection of top-level esports", in which Rainbow Six Siege apparently has no place anymore, as they explained in their blog post.
The players and staff already confirmed to stay together, as they are currently trying to find a new organisation to play for in EUL.

By clicking on "Show Media", you agree that external media will be shown. Personal data might be transmitted to third party platforms.

Whether Team Vitality can find a new organisation for their players or if another organisation will acquire their license in the EUL remains unclear.

In a shocking move, TrainHard eSport announced the end of their organisation.